Disclaimer: I work for Google, but currently not on Android, and attended MWC out of private interest during my vacation 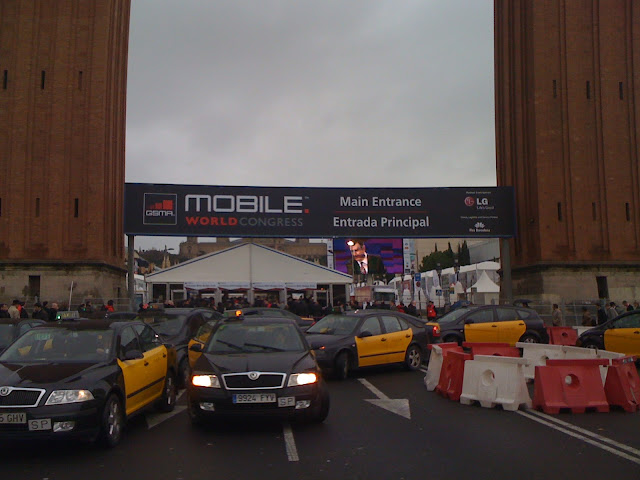 Thanks to my employer I got a complimentary pass for Mobile World Congress in Barcelona, Spain, along with admission to the Android Developer World Tour (yes, the series of events where people got free Droids/Nexus Ones so far). The Android event was to take place on Wednesday, so for the other days I focussed on the exposition itself, the App Planet, the developer labs of other vendors, and the conference. MWC is clearly a B2B event where vendor folks, hardware folks, and carrier folks gather, short, suit and tie people. Developer folks like me, short, jeans and whatever t-shirt people could be rarely spotted, and obviously spend most of their time at the developer labs, or have a booth for themselves at the App Planet.

Developer labs of other vendors

I mainly attended the Vodafone 360 lab that had a strong focus on W3C widgets. The technology was presented by Wolfram Kriesing from Uxebu. We had a short chat after his talk and agreed that many native apps don't necessarily have to be native apps, however that the lack of payment systems (both the initial app purchase and later on in-app purchase) for widgets/Web apps is the main reason for absurdities like a native app consisting of just a WebKit wrapper and all the logic sitting in a remote "Web app". 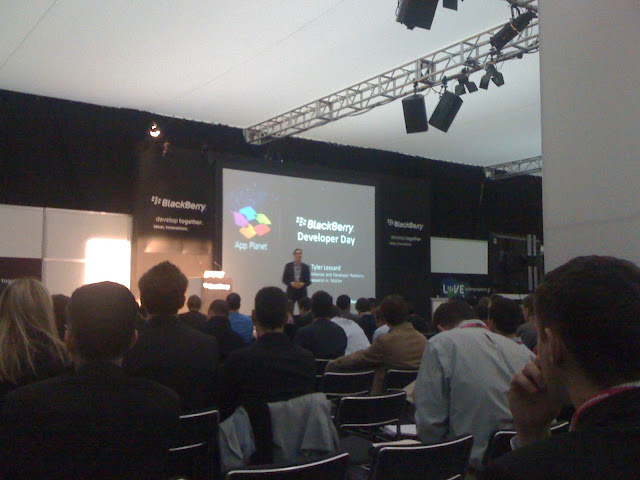 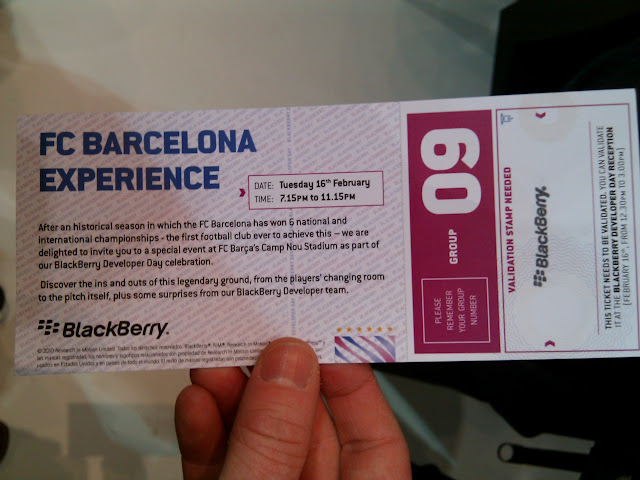 On Tuesday I attended the BlackBerry Developer Day with a couple of interesting technical sessions, the main take-aways being first that besides their spot in enterprise BlackBerry also wants to be a gaming platform with full Open GL ES support, and second that layout managers seem to require a lot of DIY (do it yourself) in order to actually be useful. In the evening they took all developers out to the FC Barcelona stadium for a Camp Nou inside tour which was pretty amazing.

What I (and probably many others) seem to forget with all the Android and iPhone hype: BlackBerry is a still the growing number 1 platform (BlackBerry market share on Google News) with a huge foot in enterprise, but with a recent strong focus on end-consumers. This makes in-between development solutions like PhoneGap and Appcelerator Titanium even more attractive, at least in my opinion. 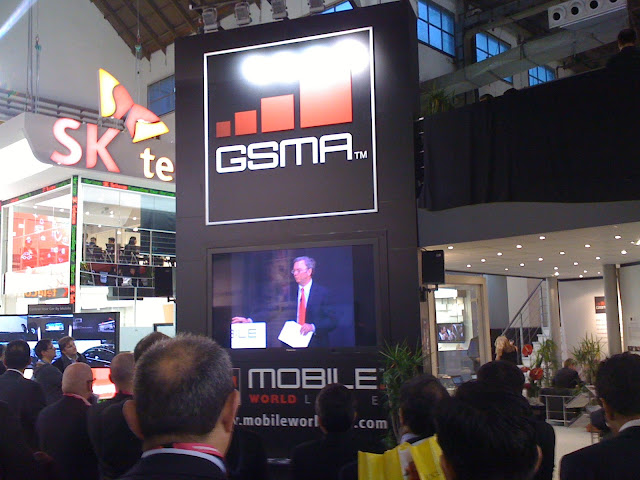 While in theory open to silver/gold/platinum pass holders only, I could sneak into the conference on Monday with a regular exhibition visitor pass. To be honest, panel discussions as seen many times before (e.g. do you think that fragmentation into different app stores hurts the platforms?). Eric Schmidt's keynote on Tuesday was live-streamed to the venue, so no need to attend in person. Eric's main message was mobile first which was received with applause. The second announcement was that Flash will come to Android, Adobe also demonstrated this before on several devices the day before at their booth. 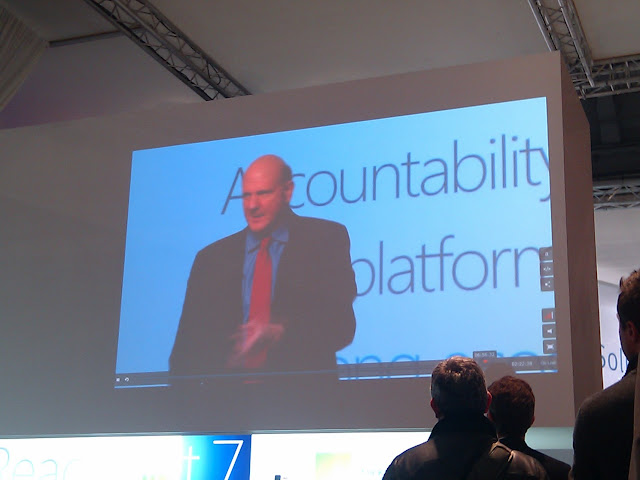 As said before, MWC is a B2B event, so there was a strong focus on doing business with many companies offering closed meeting areas or so-called hospitality suites. I did not care about the lower stack (antennas and the like), but more the device stack and the software stack. Many new promising Android devices were shown, and Samsung was proud of the new Samsung Wave, but finally I saw nothing really ground-breaking which is probably due to the fact of me being spoiled by the Nexus One expectation-wise. On the software side I was "wow-ed" by what The Astonishing Tribe (TAT) from Sweden showed off. Make sure to check out the TAT demos on YouTube. One of the highlights of course was Steve Ballmer announcing Windows 7 Phone. I found out about this just hours before via Twitter (#mwc OR #mwc10). It felt a little bit like witnessing history when Steve shouted out the news. 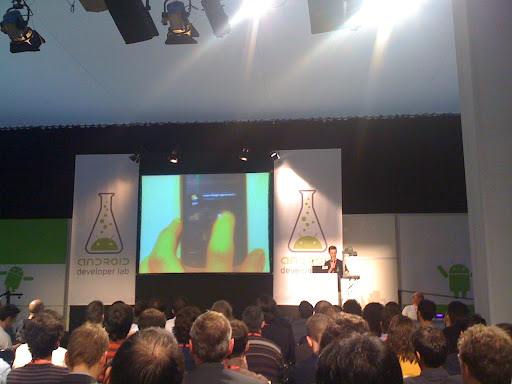 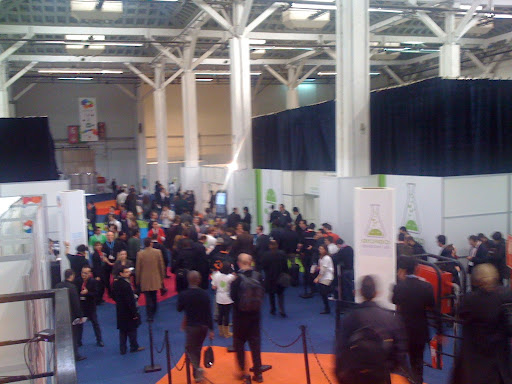 To many the highlight of this year's MWC, obviously due to the fact of Google giving out free Droids/Nexus Ones to developers. There were two sessions, one on game development and the other a general introduction to the Android platform. I did not attend the prior because it was sold out, and the latter was by design very basic. My main interest was to get to know the Android Developer Relations team a little better. Definitively one of the most fascinating teams at present within Google. 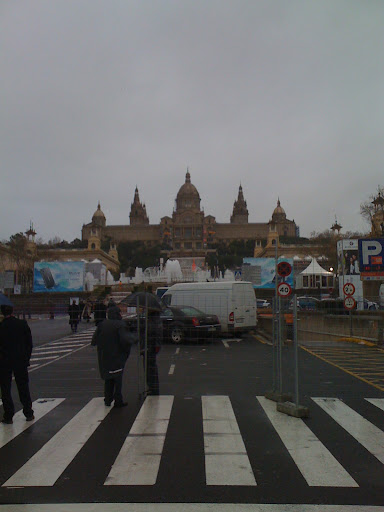 MWC was a great event where I have learnt a lot. I am mainly an Android and iPhone guy, so getting a broader vision on what BlackBerry and the W3C widget guys at Vodafone are up to was for sure a great side effect of attending the event. If I'd go again probably two well-chosen days would do (well-chosen because of the different developer labs on each day). Three days at least for me was too much. I could have saved some time by not attending the conference part.

Finally thanks BlackBerry and Vodafone for the great developer days, the Israel Mobile & Communications Association for the sandwiches and Skype for the coffee… Thanks to Google for hosting the Android Developer Labs and of course for the exhibition visitor pass.

Oh, and as a side note: it was raining in Barcelona… This was the second big news after the announcement of Windows 7 Phone.