REST Describe and why WADL is so god damn German

These days I am dealing a lot with the WADL spec (PDF). WADL is one of the mightiest Web Service description languages out there. With the announcement of the release of the new GData API for Picasa Web Albums, the language's potential to describe features that are not known until run time will be put to the utmost. Imagine you want to describe a request like this:

There are a whole bunch of unknown path variables inside of the request URI:WADL is capable of describing this structure(!).

Anyway, on my way to doing this in an automated way, I moved another small step forward today. Have a look at the screenshot below: now there is one of these fancy in-application windows. This allows for different parameters to be tested directly from within REST Describe which can then be accepted for further analysis. What does the app do so far?Click on the screenshot to see a full-screen view: 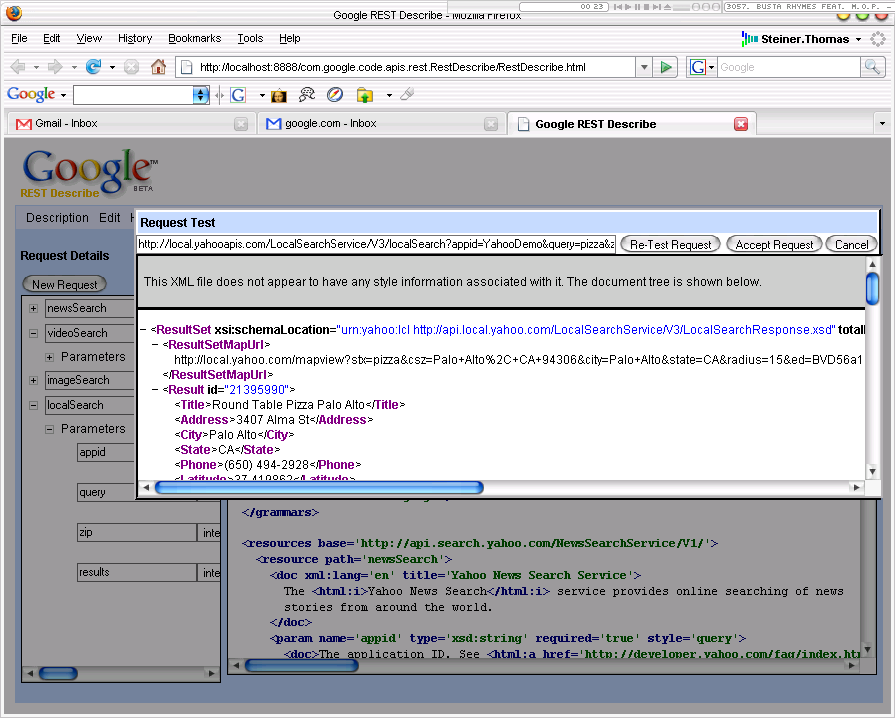 So finally back to the confusing header: "Why WADL is so god damn German". You guys probably know this clich? of the typical German with leather pants and beer. In the bavarian dialect a "Wadl" is the calf, the lower part of your leg. Do an image search in order to see what "Stramme Wadln" is. And no, neither do I look like that, nor do I come from Bavaria.